As we HOPE and leave behind the darkness of recent times, yet still remains the reminiscences, the echoes of deceit and control of our leadership, those who we “TRUST” with our everyday lives. But trust is a fragile state, constructed through a Stockholm Syndrome style effect and yet we clearly see the deceit and continue with blind acceptance. All we can ask for is kindness; a small amount of consideration for HUMANITY, to hold the hands of the dying and comfort those who seek solace. The stories within the songs written by SHE BURNS RED explore the lies, the deceit but without the need for blame; its clear who that belongs with and blame itself is a heavy burden for us all to carry.

“It feels like compassion has been drained away and we are left with a divide; a dog-eat-dog world, moving further away from each other. As a band we want to bridge that gap, show people that it doesn’t always have to be this way”.

Riding high on the release of the current single RISE AND FALL, a hugely successful UK tour with Kickin’ Valentina completing the final date at CALL OF THE WILD Festival, the band have no intention of stopping right now. A further TWO SINGLES are set for release working with MATT ELLISS (Massive Wagons/Black Spiders) in the coming year and then back in the studio with him for the much anticipated FULL DEBUT ALBUM, things are certainly heating up and the fire keeps burning.

With the introduction of SCOTT HANLON (ex- Anchor Lane) and NAZ SCANFERLATO a conversation over dinner one night ending with a white-knuckle van ride back to Naz’s place and SHE BURNS RED knew that this would be it, a sharing of the same ideals and they began to write together almost immediately, it felt right and nothing brings people together more than a common bond. RISE AND FALL came from those initial conversations, seeing the patterns in the halls of power, the cover up’s and blame shifting controlled by the media, the fake news, and the attempts to divide and conquer. Addressing the situation head on with no apologies, this level of honesty is now required.

“There is something incredibly uplifting about truth and honesty and having the means to express that, to share it with other people. We’re all drained and drowning in our own thoughts but our songs allow us to feel liberated and free to express, hold our heads above the water for a moment and remember we’re all in this together, not divided at all”.

SHE BURNS RED will be releasing a further TWO singles in 2022, the first of which is KILLING TIME (discussing those who waste our time with lies and deceit but giving to those who are open and honest) set for August and OUT OF DARKNESS (embracing ones fate with dignity and acceptance) in November, both with compelling stories, lessons learned and the ultimate ambition to take us from those darkened places with uplifting, adrenaline-fuelled rock n’ roll. The writing of the debut album is well underway, and spreading the word playing a string of live dates including WINTEROCKS, Sheffield this December, these will be must-see shows with songs to unite, lift and heal the beaten and the broken.

To RISE or FALL is a decision, a choice, one we’ve been fooled to think that we don’t have. If SHE BURNS RED offer one thing it is in the attempt to restore faith and hope in humanity and to remove the blanket of confusion set to keep us apart. There is no better feeling, no better means of escape from the day to day than at a show. The connection between band and audience is a bond that cannot be broken, and for that fleeting moment we are free. Free to express ourselves, free to choose who we want to be and unite as one. 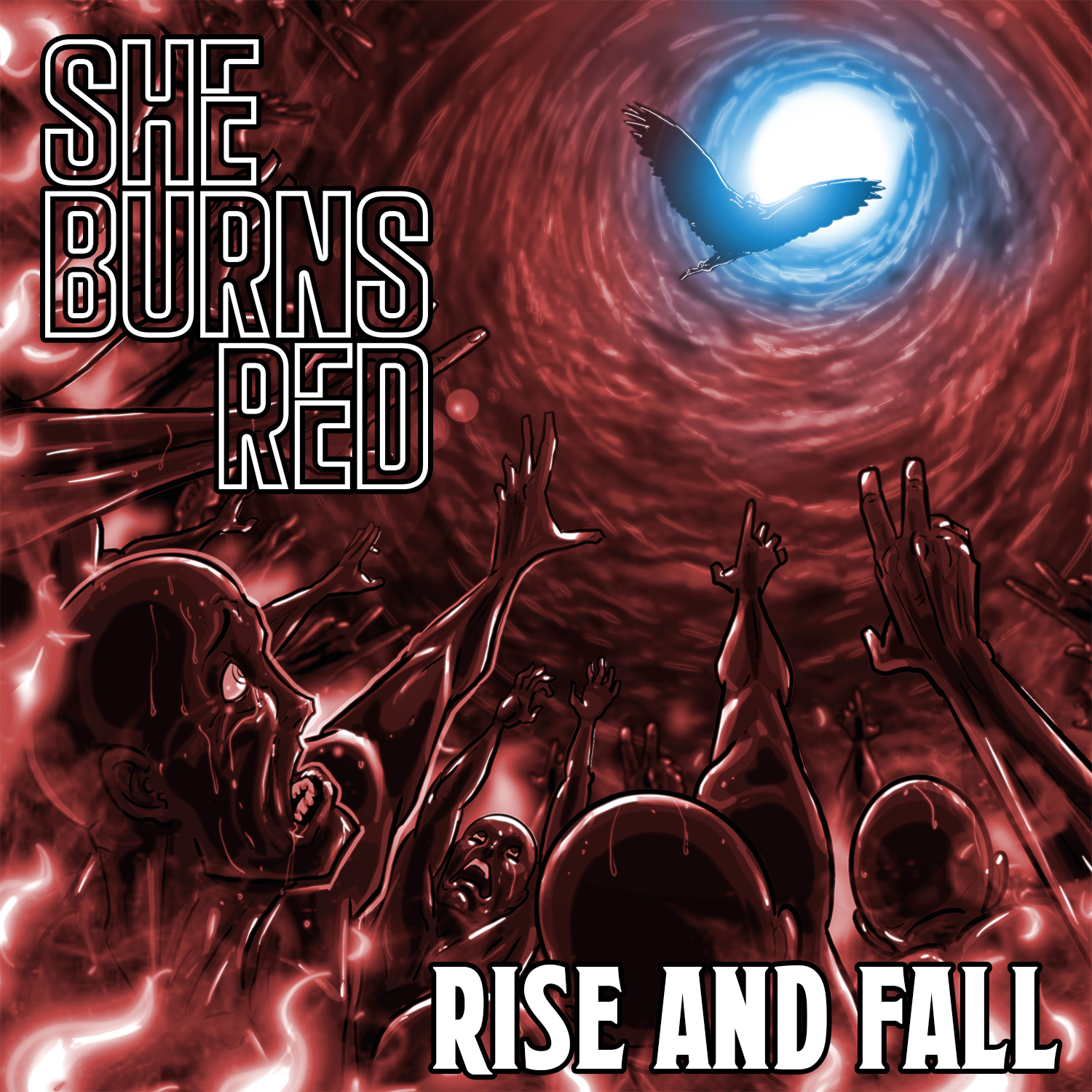 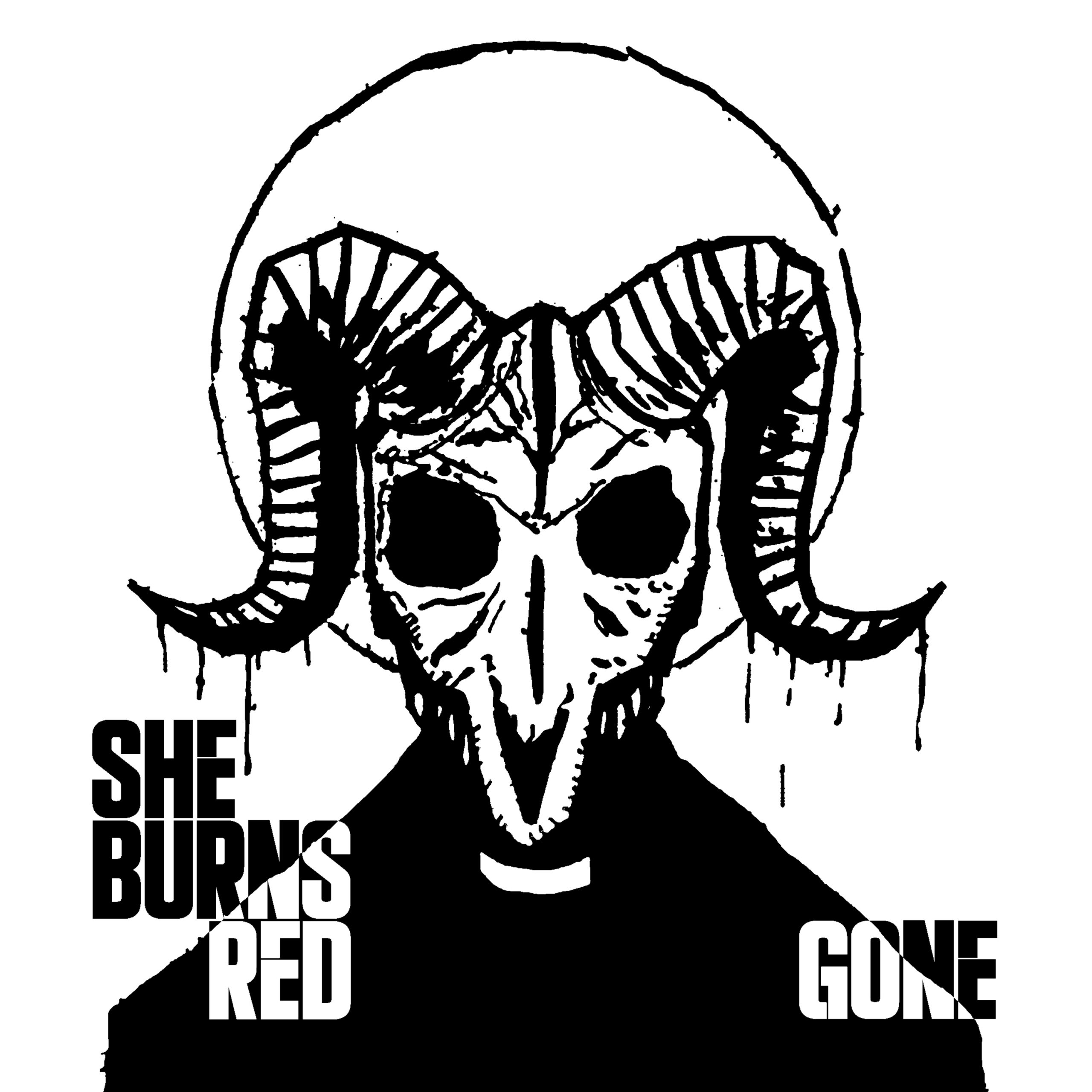 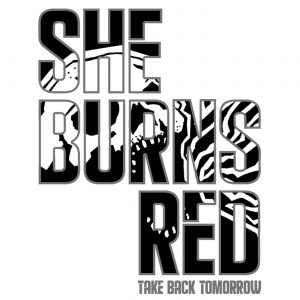